Perfect for Ginza culture, a sophisticated, yet modern atmosphere with every attention to detail from scenery, decor, tableware, music, and art.
A "Modern Seafood Grill", where an menu full of artistic dishes that blend Japanese and contemporary cuisine awaits you. 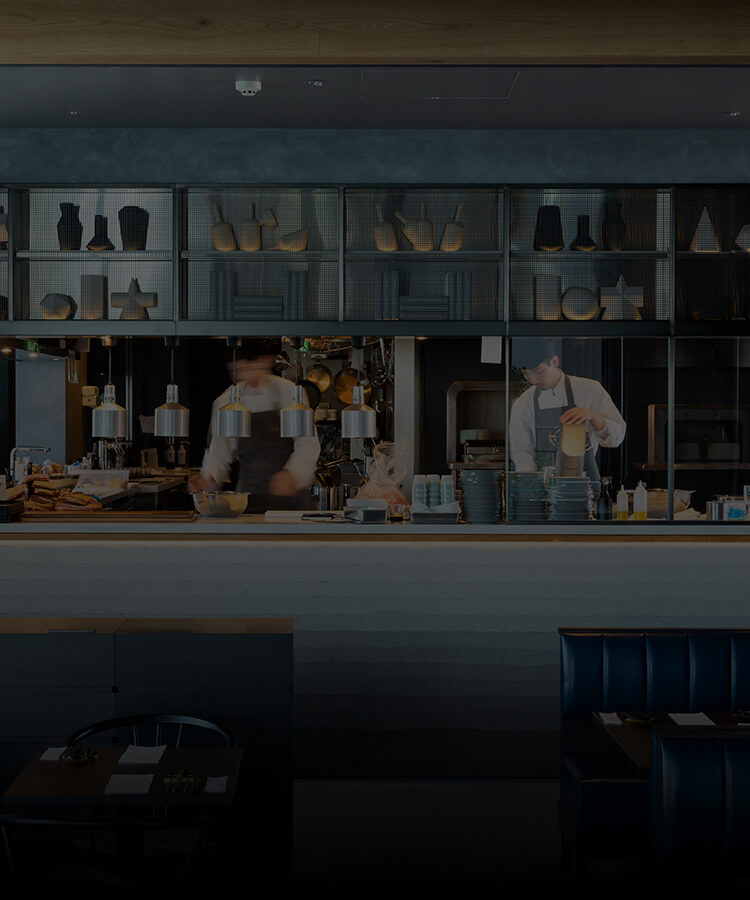 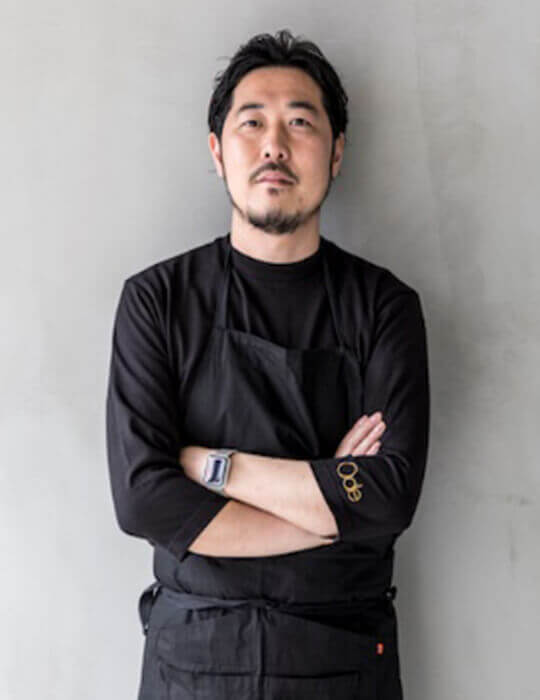 Enjoy the view of Ginza from a hotel rooftop at “Opuses”, open daily.  With Japanese and contemporary mixed into a simple menu, each dish is a work of art..

Production and operation of approximately 100 stores of apparel brands, cafes, and restaurants. We also manage shared offices, hotels, railways, etc. We support those looking to create a new culture and hotspots in Japan.

Born in Tokyo, Japan in 1975. Gave up a career in music to step into the kitchen
After working at a French restaurant in Tokyo, in 2003 began training under Mr. Masahito Ueki at “Restaurant J” in Omotesanndo, Tokyo and “Masazu” in Karuizawa, Nagano for five years. After serving as chef at “Uru” in Karuizawa for three years, became head chef at “CHIC peut-etre” in Hachoubori, Tokyo in November of 2012. And in 2015, received a Michelin Star. In March of 2017 began preparations for a new restaurant and in September of the same year, opened “Ode” in Hiroo, Tokyo where also received a Michelin Star.

With a the theme of, "Modern Seafood Grill", the menu consists of select ingredients of seafood and vegetables from all across Japan. Under direct guidance of Michelin Chef Ikui, you can enjoy a menu that is made of artistic and contemporary dishes with a Japanese soul. Every attention to detail from our interior design, artwork, music, and even tableware will leave you with an dining experience like no other. 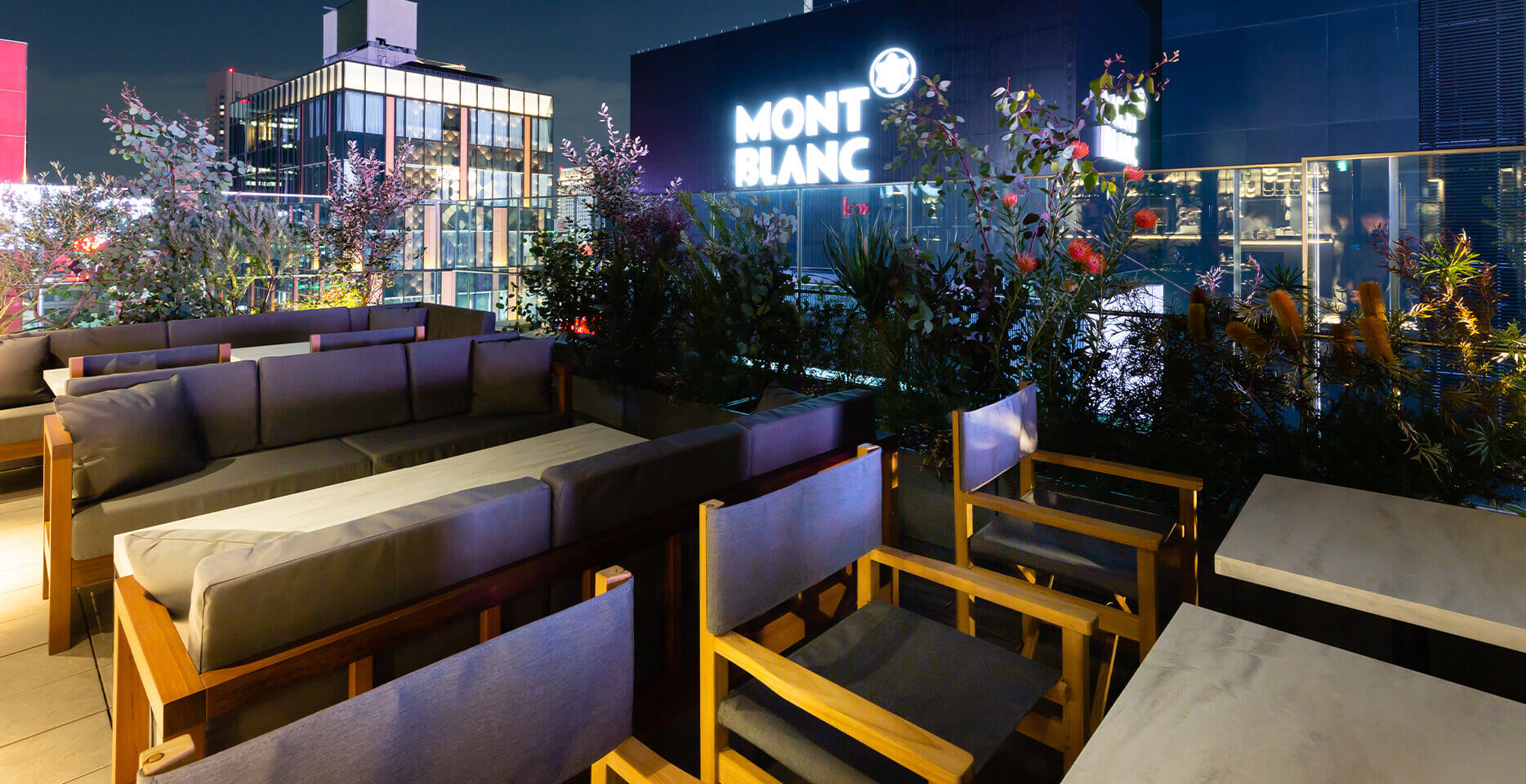 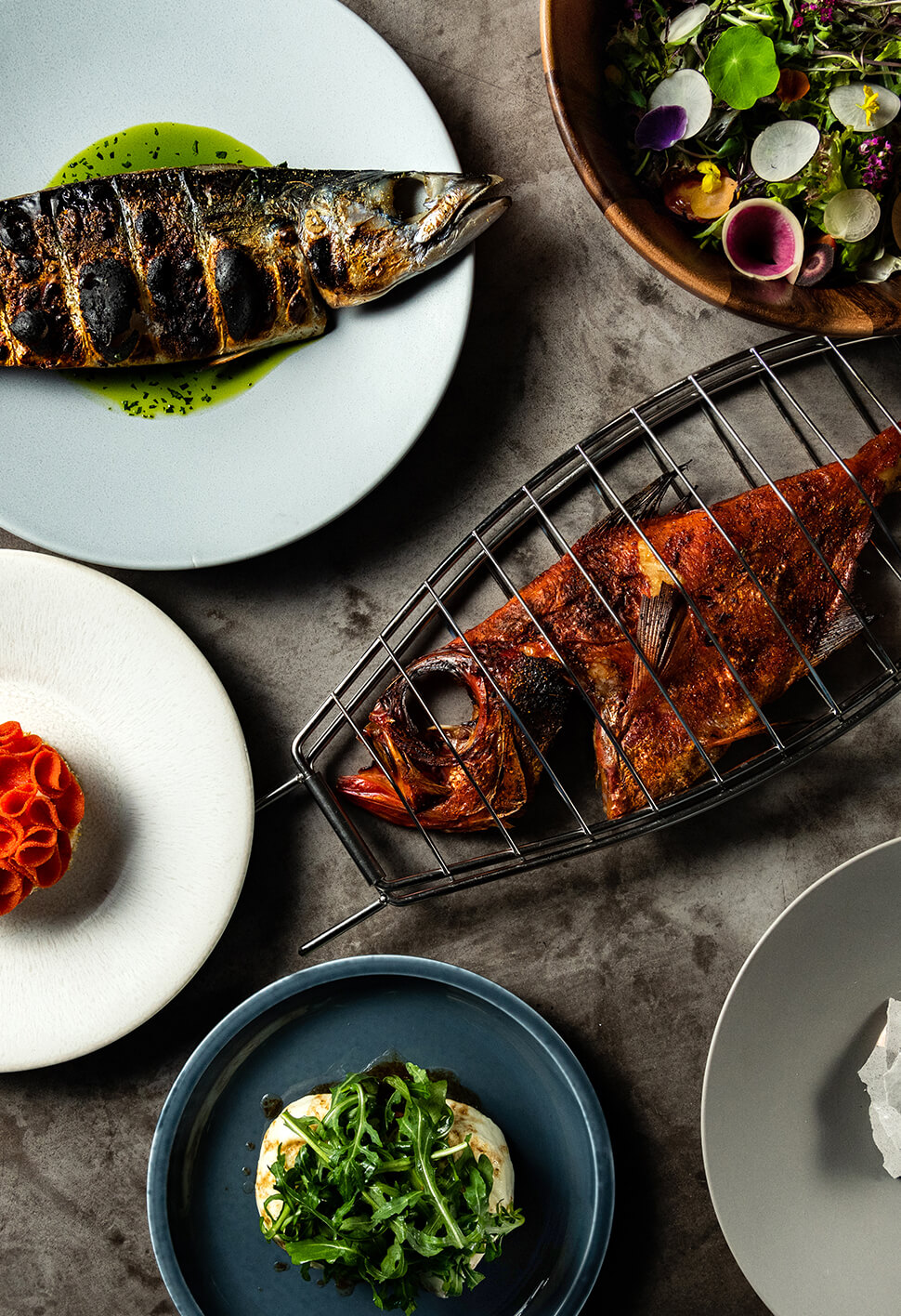 Open from 7:00AM, a combination of buffet style and made to order main dishes. Choice of meat or fish. Monthly egg menus and daily soups available. Beautifully arranged salad bar and drinks. 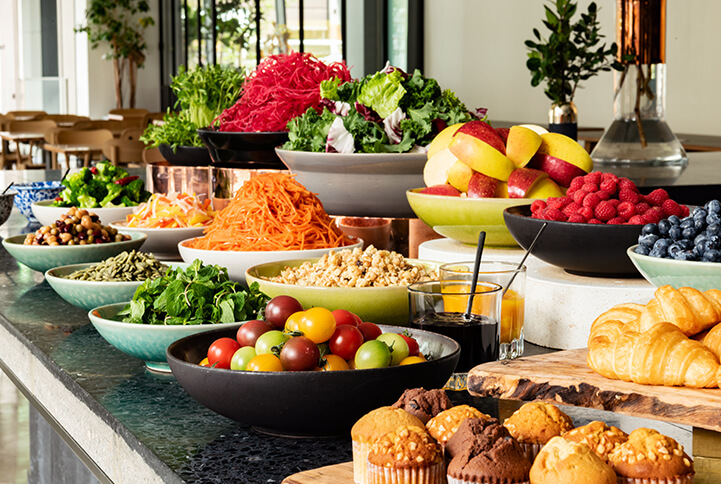 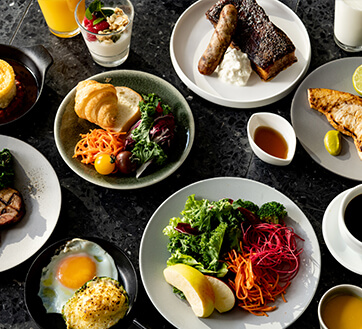 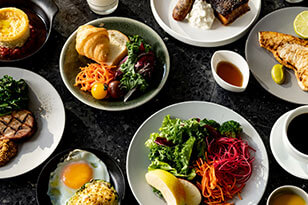 Along with breakfast, lunch is also a combination of a main dish and buffet. There is also a selection of organic teas for a modern touch. With a dining area with 60 seats, there is an additional 20 seats on the private balcony over looking Ginza. 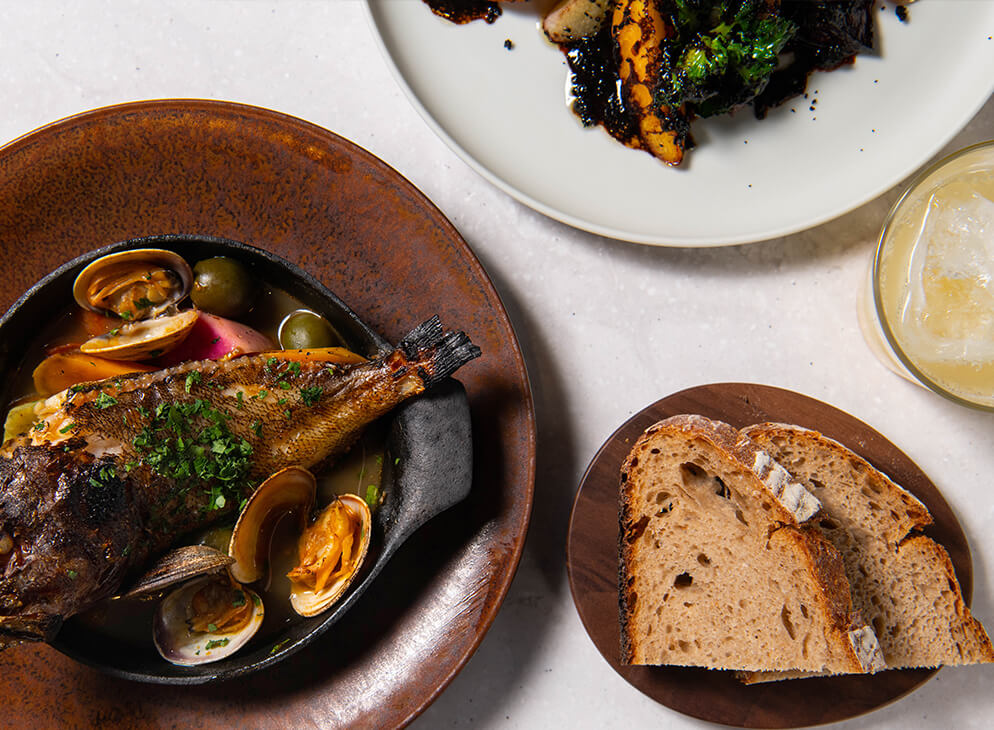 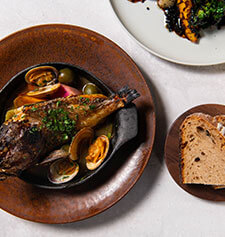 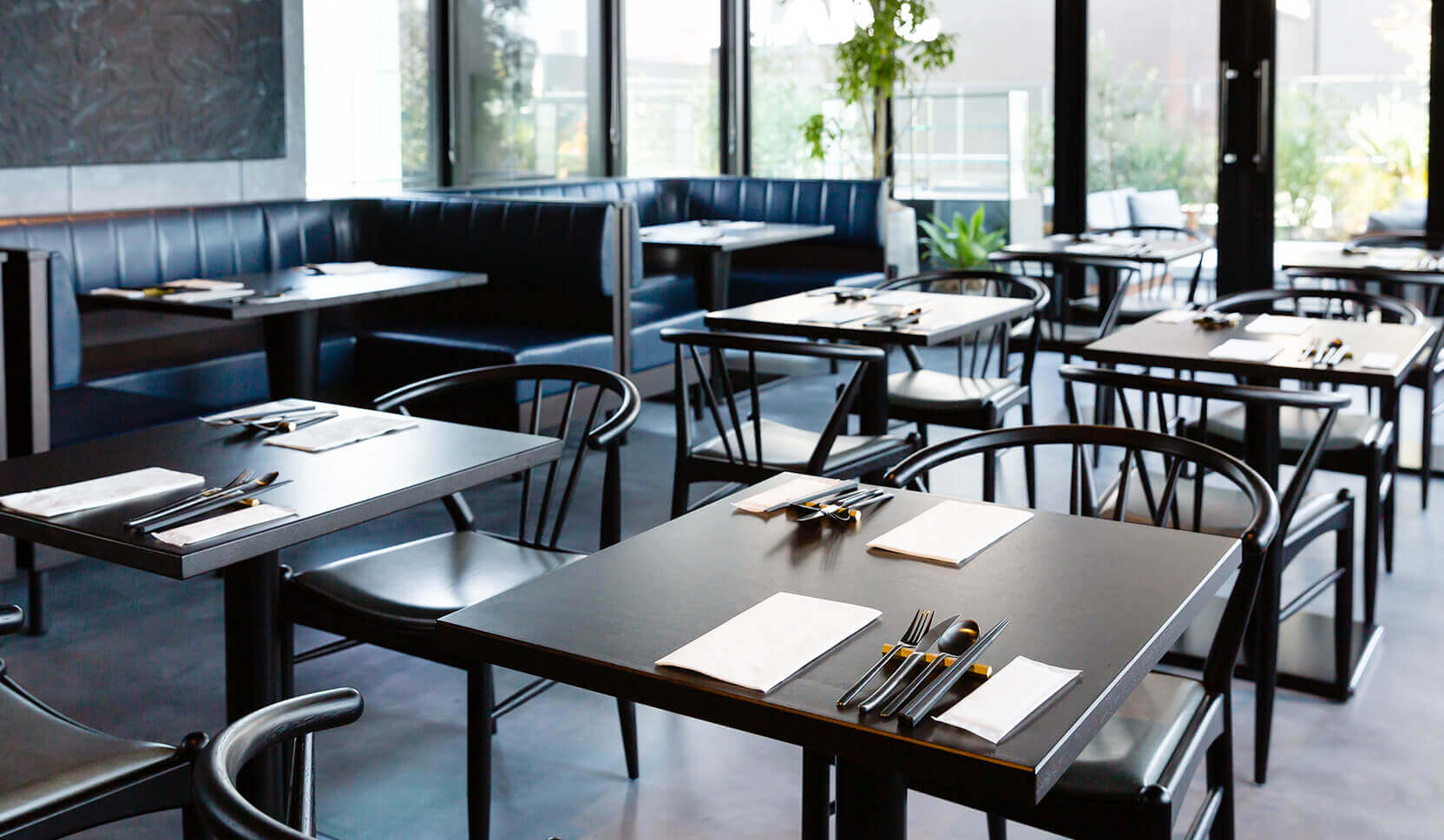 A selection of tea from Fujieda City, Shizuoka prefecture that takes pride in organic farming that is 100% pesticide free. With advisory by “NAKAMURA TEA LIFE” shop in Kuramae, we have a selection six teas. You can also enjoy our various snacks to go with our original mocktails and tea cocktails. We also offer a selection of domestic distilled spirits such as shochu and rare absinth. 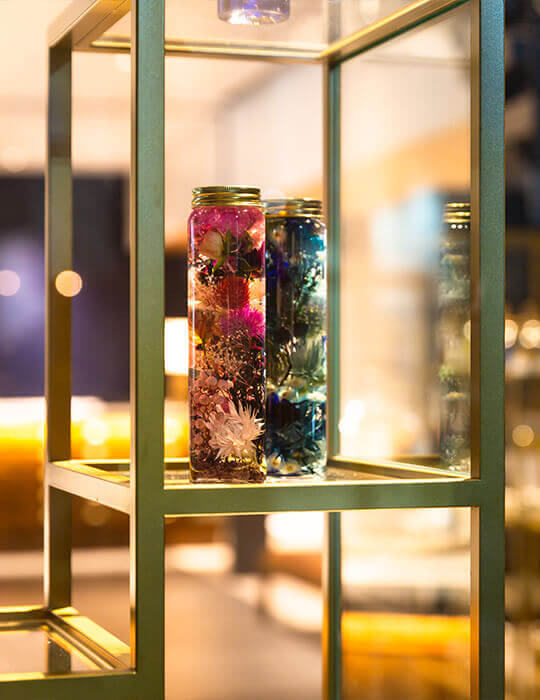 With attention to detail and design, various teas and juices in our grocery/gift shop. You can enjoy these drinks in your hotel room, second floor lounge, or as a perfect gift. Decorated with dry plants assembled by “edenworks”. Come enjoy some tea in a space where lights and colors illuminate elegance. 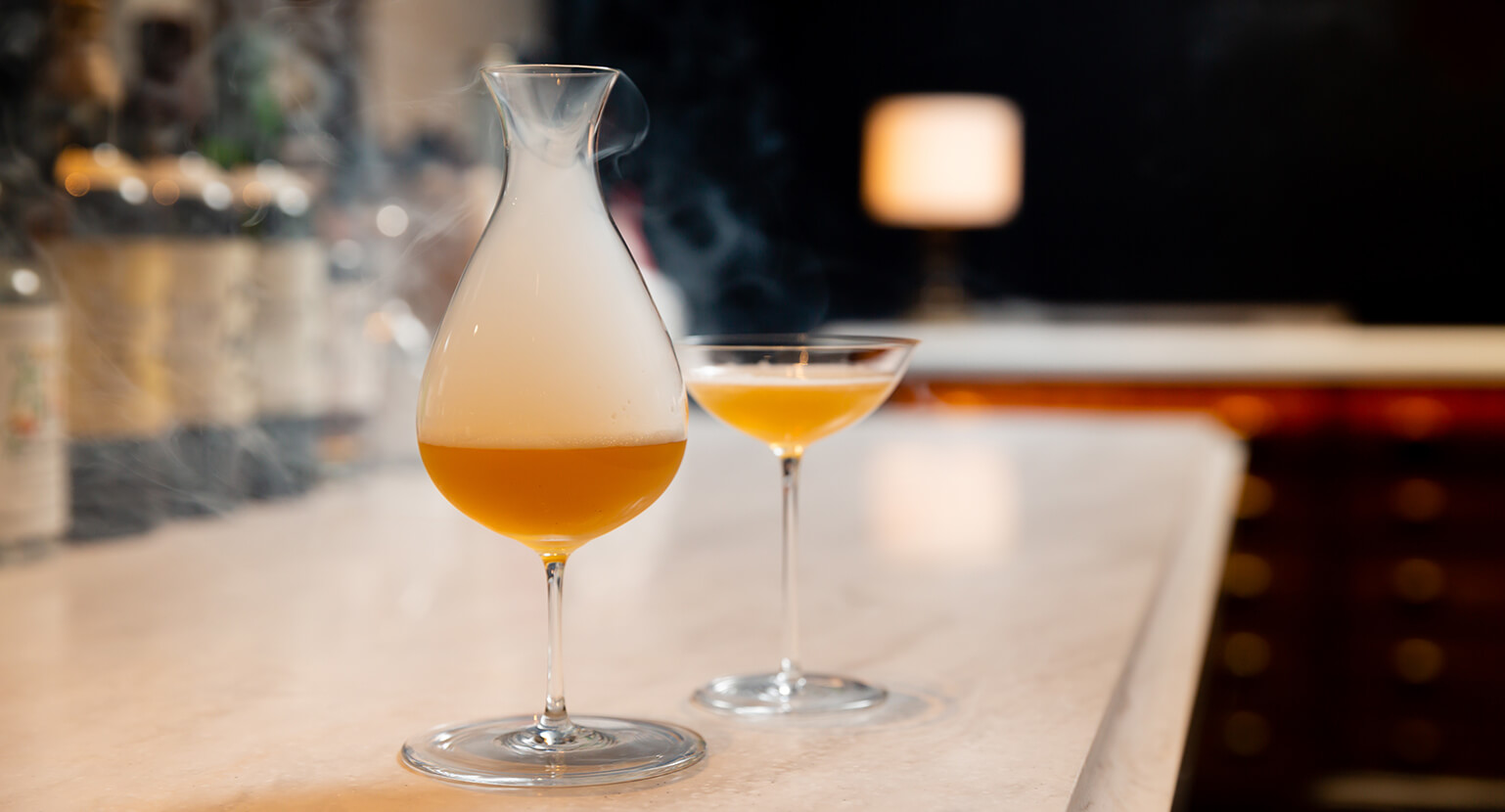 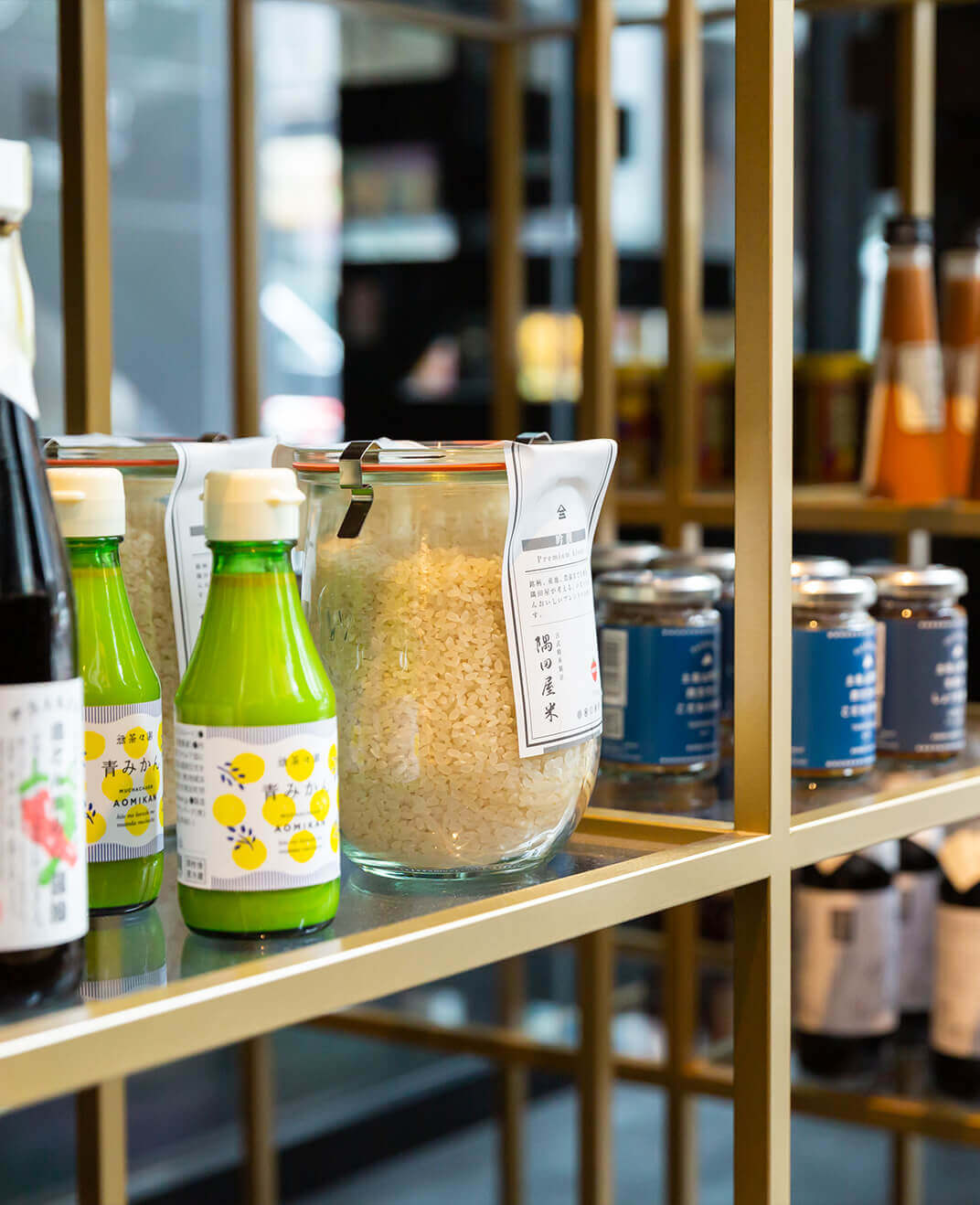